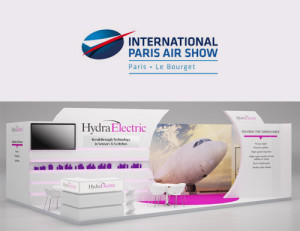 Burbank, CA – June 11, 2015 — Hydra-Electric Company, a provider of breakthrough sensing technology for the aerospace industry, announces it will be exhibiting at the 51st International Paris Air Show in Paris, France, June 15-20. The Company will be introducing new high performance sensor and switch solutions at the largest aerospace trade show in the world. Hydra-Electric is also hosting an invitation-only breakfast reception during the show.

“As a tech pioneer in the aerospace industry, this is a very exciting event for Hydra-Electric,” said Tim Burmood, Director of Sales. “The week provides a great opportunity for us to meet with international customers, develop new industry relationships and demonstrate the innovations that make Hydra-Electric stand out as a producer of superior sensors and switches. Anticipation has been building about the new products we will be introducing, including the high temperature pressure sensor, as well as the new pressure switch, which eliminates the problematic micro switch. These are great examples of how our Company continues innovate and take on issues that were thought to be unsolvable.”

The first Paris Air Show, held in 1909 at the Grand Palais, drew 100,000 visitors to view the 380 exhibitions. Today, the Show holds claim as the largest and longest running aerospace trade show in the world. The last show, in 2013, drew over 300,000 visitors and 2215 exhibitors representing 44 countries.

Visitors can find Hydra-Electric in Hall 5, Stand C-249. Copies of the Company’s recently published white papers will be available in the booth and can also be downloaded electronically at https://hydraelectric.com/knowledge-center/content-library/