Founded in 1948, the aerospace innovator will again introduce new sensor and switch products at the show, and present its latest white paper on hazards of high altitude radiation on aerospace electronics.  #NextGenSensors 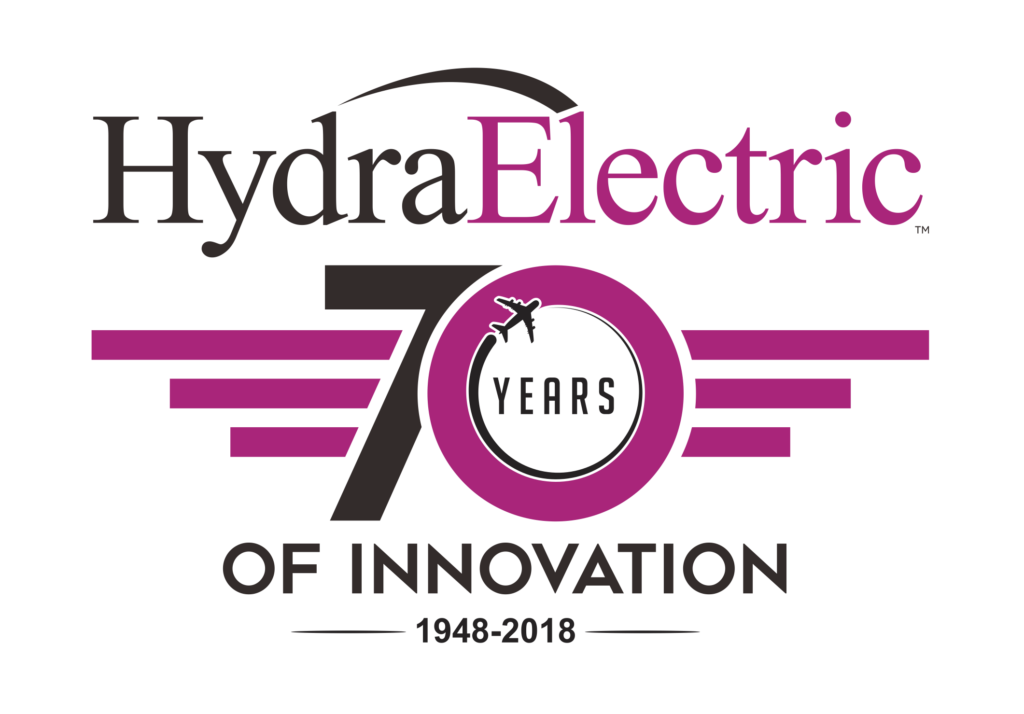 Burbank, CA – July 11, 2018 — Hydra-Electric Company, a leader in sensing technology for the aerospace industry, will launch its 70th anniversary celebration while exhibiting at the Farnborough International Airshow [FIA] July 16-22. Of note, FIA is also marking its 70th year at the Farnborough Airport location.

“From the inventions of our founder that marked the beginning of this company 70 years ago, to our recent product announcements of new sensor designs, Hydra-Electric has developed a reputation as an innovator in the aerospace industry,” said Hydra-Electric CEO David Schmidt. “We’re incredibly proud of our achievements. Our history shows that Hydra continually moves forward with new technologies to solve the problems of the moment, and to anticipate challenges on the horizon. That’s why we’re using this 70th anniversary milestone to highlight our recent and ongoing innovations in sensing technology. As an example, next generation sensors must address the enormous challenge in critical aircraft systems to maintain accuracy over extreme conditions and extended usage. Today’s sensors require robust designs that also accommodate the greater limitations in space and weight of newer aircraft designs. Our technologies truly differentiate themselves in the marketplace by offering proven solutions without compromise.”

Hydra-Electric Company was founded by Allen V.C. Davis in 1948. Mr. Davis introduced and patented the Negative Rate Disc Spring design that remains the standard today for most aerospace pressure switches. Lockheed was one of the first customers, utilizing the company’s hydraulic pressure switches on the B-52. Hydra-Electric went on to provide products for countless major commercial and military aircraft programs, as well as space applications including switches for the fuel and pneumatics systems of the Saturn V rocket which transported Neil Armstrong and team to the moon. More recently Hydra-Electric sensor and switch products have been used on a large number of modern programs such as the Joint Striker Fighter, the Eurofighter Typhoon and the A350-XWB. The company remains in the same location near the Burbank airport where it started in 1948, when Burbank was the center of the burgeoning aerospace industry.

“The Farnborough Airshow is an exciting event for Hydra-Electric,” said Tim Burmood, Director of Engineering. “We appreciate the opportunity to meet with our international customers, and to develop new industry relationships. We also get to demonstrate the innovations that make Hydra-Electric stand out in the sensor and switch marketplace. This year we’ll be introducing new products again. We like to think of these as examples of how our company is on the forefront of creating next-generation technology.”

Visitors can find Hydra-Electric in Hall 4, Stand 4846. The Company will also have copies of its newly released white paper, “Single Event Effects in High Altitude Aerospace Sensor Applications.” Additional Hydra-Electric white papers will be available at the booth, or can be downloaded electronically at www.hydraelectric.com/wp.

The Farnborough International Airshow, held every other year just outside London, has its origins in 1920 with the RAF show. The trade show portion attracts 73,000 industry professionals from a range of aerospace sectors across the globe, over 1,500 exhibiting companies, and trade visitors from 72 countries.