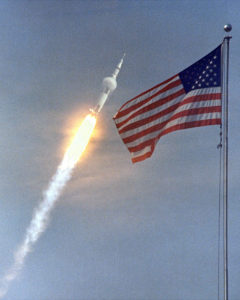 Our products were used as part of the fuel and pneumatic systems, as well as part of the “chicken switches” (devices that allow an astronaut to eject the capsule in which he or she rides in the event that a rocket malfunctions).

In 1961, Hydra-Electric had developed switches for the Atlas launch vehicle, part of NASA’s Mercury project for human spaceflight in which John Glenn was the first U.S. astronaut to orbit the earth. The 1969 Apollo 11 launch is part of Hydra-Electric’s proud heritage as an aerospace pioneer contributing to the growth of our nation’s aerospace industry, and continuing today to innovate breakthrough solutions in switch and sensor technology.